For the first time in Bad Kissingen, Lower Franconia in the Federal Republic of Germany, an off-road trade fair is being held under the name "Off-Road-Aktiv". It’s the beginning of a success story and the forerunner of today's ABENTEUER & ALLRAD, which was organized under the following logo in its early years ... 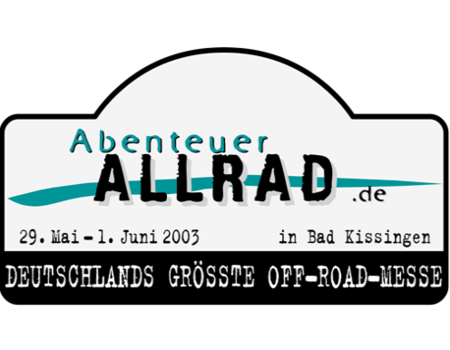 After a few years on the market, ABENTEUER & ALLRAD has established itself as an important get-together each year. At that time one of the largest off-road trade fairs in Germany also attracts more and more manufacturers to Bad Kissingen. These young visitors were not only allowed to admire the Suzuki Jimny at the fair ... 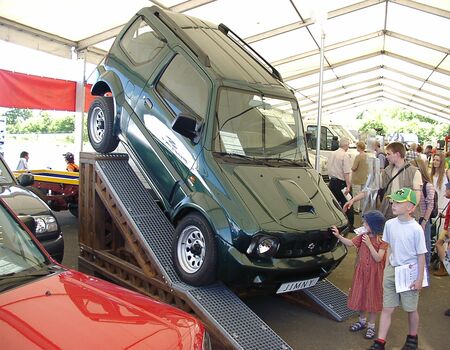 ABENTEUER & ALLRAD is changing the logo and thus its external appearance, which is still in place to this day. At the same time, there is hardly a way around ABENTEUER & ALLRAD. Whoever has something to show in the 4x4 scene ends up as an exhibitor in Bad Kissingen. The fair is growing and growing ... 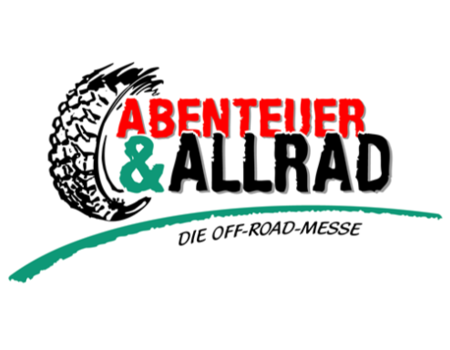 Marion Ripberger joins the management and heralds the birth of ABENTEUER & ALLRAD 2.0.

Numerous works are being carried out on the site, buildings being restored and sanitary facilities being renewed. Our own radio relay network ensures that WLAN is available everywhere on the event site. 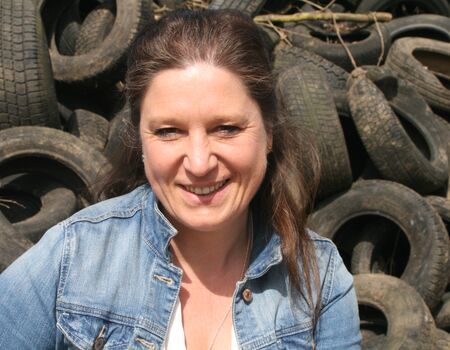 For the first time, an “event within the event” is taking place at the fair.

The “Outdoor Cooking Competition” (OCC) is an open-air gourmet contest and conjures up some delicacies on the table. The chief juror is none other than the well-known television chef Ralf Zacherl. 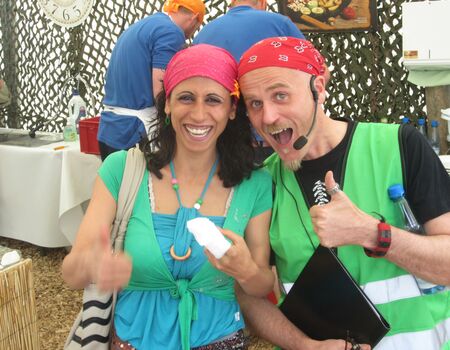 The presentation series "Faszination. Abenteuer. Reise” which stands for “Fascination-Adventure-Travel" celebrates its premiere at the ABENTEUER & ALLRAD. From now on it is an integral part of the fair.

Top-class speakers such as Michael Martin (“Planet Desert”), Alexander Huber (“Huberbuam”) or Willi Weitzel (“Willis Wilde Wege”) can be heard and seen in Bad Kissingen in the following years. 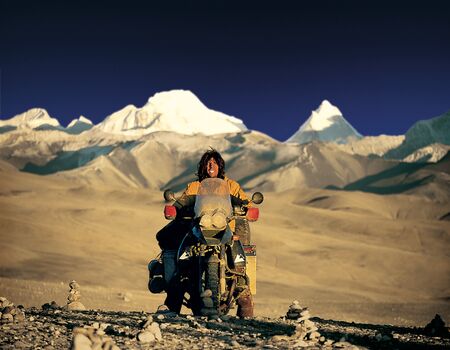 20 years of ABENTEUER & ALLRAD. It is the year in which the fair celebrates its first big anniversary. And everyone celebrates with us! The Bavarian Prime Minister Markus Söder congratulates by video message, cult emigrant Konny Reimann is present. The world’s longest Land Rover parade with actor Heino Ferch as participant and brand ambassador finds its entry in the Guinness Book of Records. But it is also the year in which the charity campaign ABENTEUER & ALLRAD HERZENSSACHE is launched. “Herzenssache” stands for “Matter of the Heart”.

Today ABENTEUER & ALLRAD is an institution. Exhibitors and visitors are now coming from all over the world and as a trendsetter, the event sets international standards. With the CAMP AREA, it also hosts one of the most spectacular and largest globetrotter meetings in the world. 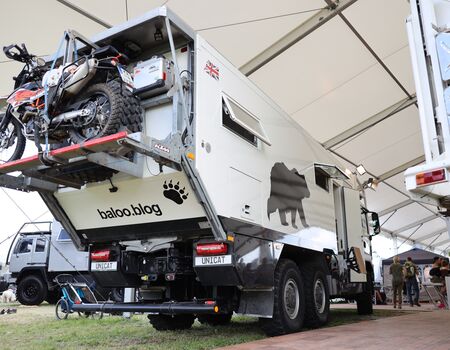 In 2016, BamS editor Karolin Ring from the Springer publishing house in Hamburg visited us and focused on the fascination of the CAMP AREA. The result was a full-page editorial report in Bild am Sonntag.

Every year national media report on ABENTEUER & ALLRAD in word, sound and image. At the same time, the news about the fair has been running regularly for many years on the news ticker of the German press agency dpa. Here is another big publication, this time by Thomas Geiger in WELT am Sonntag.

Above all, it is the specialist media which is focussing on ABENTEUER & ALLRAD. Several of them have been permanent media partners of the fair for years and report regularly from the spot. For example the all-wheel-drive and long-distance travel magazine EXPLORER.

The campervan and motorhome industry is booming, and with it ABENTEUER & ALLRAD. Here, the topics of caravanning and long-distance four-wheel travel are becoming increasingly important. This is also reflected in the media. Here, promobil, Europe's largest motorhome magazine, reports on the trade fair in Bad Kissingen.